Dog Training is Under Attack

Some of you will love what I am about to tell you.

Others will hate it.

Being popular is easy, you just have to tell people what they want to hear.

Hop on social media and use certain key phrases, hit “like” or “heart” on as many posts as possible, and expect the same in return.

I operate much differently.

Before I go deep into this, I want to share a short story to give you some important context.

Robert Collier was one of the best marketing ad writers in the early 1900s.

He was extremely good at it.

Collier felt that in order to persuade people, the most important thing was to be in agreement with what they are already thinking.

The second you go against what they already believe, they will shut you off and you will lose them.

What does this have to do with dog training?

For example, if you were speaking to a group of “force-free” trainers, telling them that the use of aversives is never necessary to train a dog, you would likely get a whole bunch of cheers.

Now, if you are speaking to “balanced” trainers, and you tell them the best way to train a dog is the proper use of ALL FOUR QUADRANTS, you would get plenty of agreement and applause.

But, if you switch those two messages between groups, you will be shunned, banned, and ridiculed out of that circle.

I have decided to break Collier’s cardinal rule.

I’m not interested in seeking agreement or being popular with any groups.

My goal is to reach the people who really want to learn the concepts I have personally tested and mastered over my 40 years of training dogs.

This information has PROVEN results.

I am looking for people willing to learn, even if the information goes against everything they have already learned and believed for years about dog training.

In order to do this, I must break the “agreement” rule, because what I do is so unique and different, it does not fit into ANY of these camps.

For over two decades, I heard one statement over and over…

“Ivan, why don't you share more of your training?”

Here is what is interesting…

When I do share my thoughts and training methods, some of the same trainers ASKING me for information, attack me because it does not align with what they do.

Even more interestingly, trainers that tried to guess what I was doing, are infuriated when I don’t verify that they are doing what I do.

You would be amazed how many people are simply seeking someone to agree with them and tell them that what they are already doing is great.

Many trainers just want a pat on the back.

They just want to be told they are already a good trainer.

You’ve seen these trainers, I’m sure.

You know, the trainers all over social media talking about how they are “always a white belt” and bragging about their “student mentality”.

Yet, they spend little time learning from true experts and instead lurk in the shadows telling everyone how wrong everyone else is and how no one gets it, except them.

Everyone says they want to learn.

But, when they finally see what I do, and see that it actually contradicts what they are doing, they get highly offended.

Instead of approaching the information with an open mind, they instantly shut me out.

Our ability and right to train dogs are in serious danger.

I have contacted some of the top “force-free” trainers and researchers to be guests on my podcast to have a debate with me.

All of them have either declined or have not responded at all.

They would not even have an off-the-record discussion with me.

Instead of discussing the issues, they choose to operate behind closed doors and push legislation to FORCE every dog trainer and owner to do things their way.

They are pushing to ban all aversive tools and anything they decide is “force” and inappropriate.

Anything they deem as inappropriate is also “abuse” and can lead to serious consequences like never owning dogs again and possibly some jail time.

This is not an exaggeration.

It is already happening in Germany and other parts of Europe.

Some people are pushing this agenda in the United States.

Everything they do is done in the shadows.

They refuse to debate their position.

They know the questions they will be asked and they know that they do not have logical or scientific answers to them.

We all had them until laws were passed that we could not use them anymore and we were forced to use these terrible smartphones.

Oh, that’s not how that happened?

What really happened was smartphones came along and were simply better.

We saw them, we tried them, and made the choice to use them over flip phones.

No one had to mandate, ban, or punish anything.

When something is better, mandates are not necessary.

If the “force-free” community can show me that what they do is better, I will change everything I do, that day.

Every trainer I know will change if they can be shown a better way.

I have won 15 National and 2 World IGP Championships.

If the “force-free” community can show me how I can win another World Championship using their training methods, I will implement it RIGHT NOW.

If a force-free trainer can beat me in competition, I will beg them to teach me.

Their “proof” does not exist.

The fact of the matter is - this is something they have never accomplished, and they know it.

So, instead, the Positive Reinforcement Only camp must attempt to force us to do what they say through legal mandates and threats.

In the end, we are in a bad and very difficult place.

These are politically active and powerful people.

They are extremely motivated and are getting very bad things done.

We have an answer.

The best response is PROOF.

How do we do that?

We will have large numbers of trainers that can achieve better results that cannot be denied.

This proof exists all the way from your neighbor’s dog learning basics from their local TWC Trainer to the next IGP World Champion.

Here is the key.

This is a quote from Dr. Roger Abrantes from when he was on the 6th episode of my podcast.

This quote leads us to the real solution…

“You hit the nail on the head when you said you want to do those things with the dog and if the dog could speak to you, the dog would say ‘this is fun’.

Neither of these groups speaks about it and I don’t care what they call themselves.

They can choose the nicest names to describe their movement, it doesn’t make it better.

They are still manipulating the animal.

The positive side says ‘look at my dog, my dog has a lot of fun.’

No, the dog doesn’t have any fun.

The dog is doing it because he’s being fed.

Because it needs food.

Or because it is brainwashed to respond to conditioned reinforcers and conditioned signals or whatever.

So, you are still using force.

You are just using a different kind of force.

It didn’t change anything.

You changed the plate, but you didn’t change the soup.

The soup is the same, you just serve it on different plates.”

It’s a great observation and statement.

All the groups fighting each other are doing the exact same thing.

Manipulating the animal through some form of force.

Regardless of whether you are using all 4 quadrants, or just 2.

It is a far superior choice to actually make it fun for the dog.

Tap into their genetics and show them how to express what they are already genetically programmed to love to do.

Being with them in a way that leads them to understand the things they do with you are truly THEIR choice because there is nothing else they would rather do.

It all starts with changing the way we think about training dogs.

This focus on getting behaviors has dominated dog and animal training for a very long time.

It’s time for us to evolve beyond this primitive manipulation.

My focus is making the activity the dog does with me self-reinforcing.

This eliminates the need for and use of external reinforcers and punishers.

The dog is doing it with me because there is nothing else in the world they would rather do.

NOT because they are hungry or scared of an aversive.

I am NOT focused on getting behaviors.

We cannot win this fight by serving the same soup on a different-looking plate.

WE NEED TO RADICALLY CHANGE THE WAY WE APPROACH AND TRAIN DOGS!

The real fight is not between “force-free” and “balanced”.

The fight is to show the world a completely different way.

A way that can be 100% differentiated as unique and superior.

It’s time to actually change the soup, not just the plate.

It’s time to be the smartphone.

The best part about what I do, is that it’s EXACTLY what dog owners want.

Remember the cardinal rule of persuasion at the beginning of this message?

This is a time you can actually do it ethically and for the right reasons.

Dog owners don’t want a dancing monkey that does behaviors for the carrot or the stick.

Owners don’t want dogs that simply stay out of the way.

Many trainers create situations for dog owners to lead their dogs to live meaningless life.

The “Balanced” training I see is NOT the answer to the force-free movement.

There is a much better answer.

Founder of Training Without Conflict™ 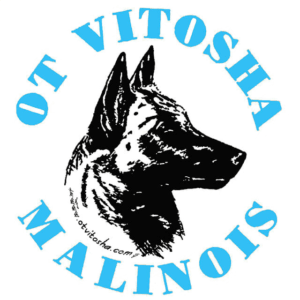